The Saints have won five consecutive games after losing in week one to the Buccaneers. Since that performance, New Orleans offense has been unstoppable. According to NFL Stats, the Saints have the 6th best offense in the NFL in terms of yards per game. Facing a Minnesota defense that’s struggled at times against pass, expect a high scoring game.

The Vikings are coming off a strong performance against the Jets in week 7. Minnesota thoroughly outplayed the Jets, and they should have. Minnesota’s a much better team and they avoided a clear trap game against a weaker opponent. In week 8, the Vikings will face the Saints; the Saints are not a weaker opponent and the Vikings will need to execute on both sides of the ball if they’re going to pull off the victory. 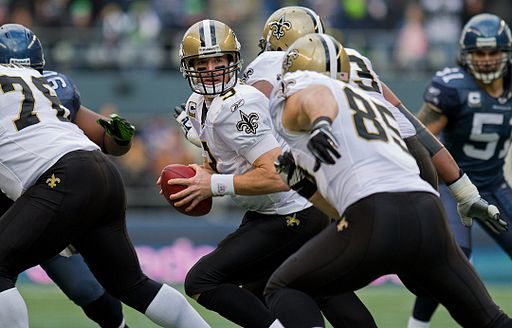 In week 7, the Saints faced one of the best defenses in the NFL in the Baltimore Ravens. While the Saints didn’t put up crazy offensive numbers, New Orleans managed to do just enough to secure the victory. The Saints offense has been very efficient, but something that’s perhaps been overlooked is Drew Brees’ accuracy. Yearly he has been one of the most consistent quarterbacks in the entire NFL, and this year is no exception. Through seven weeks, Brees has thrown 13 touchdowns and has yet to throw an interception.

While Brees is the conductor of the offense, Alvin Kamara is clearly the engine. Kamara has played a huge role in both the passing and rushing attack. According to NFL Stats, Kamara has a combined total of 725 yards from scrimmage. With Mark Ingram back to help spell Kamara in run situations, the Saints’ offensive attack is that much more dangerous.

The Vikings lead the NFC North

Minnesota is in the driver seat to capture the NFC North crown. The Packers will play the Rams earlier on Sunday, and if the Packers lose and the Vikings win, they’ll have a two-game lead in the win column over their biggest rival. With so much at stake this early in the season, Minnesota need to prove their legit by beating a potential playoff opponent. The Vikings have had a few up and down moments this season. They’re currently on an upswing after beating the Eagles, Cardinals, and Jets. But none of those teams present the same challenge that facing the Saints does.

BetOnline.ag has the Saints favored to win the game by -1 point. The over/under on total points scored is 53.5.  You can read our full BetOnline review here.

According to NFL Stats, the Saints offense averages 34 points per game. Through seven weeks, Minnesota has yet to top 32 points in a game. While the Vikings offense is capable of putting up huge numbers, they’re also prone to mistakes. According to NFL Stats, the Vikings offense line has allowed 19 sacks and 48 hits on their quarterback. In comparison, the Saints have allowed just 9 sacks and only 20 hits on their quarterback which is the fewest in the league. What will determine this game then is defensive pressure and whether or not the Vikings can slow down the Saints offense. Since the Saints have the edge on the offensive line, go with New Orlean to keep their winning streak alive.