The Patriots will take on the Steelers at Heinz Field in Pittsburgh, Pennsylvania. Tom Brady’s first home game since his suspension went perfectly as they improved to 5-1 on the year. Alternatively, Roethlisberger’s aerial assault on the league came to a screeching halt in Miami as the Steelers lost inexplicably to the lowly Dolphins. The Steelers will try to rebound against a Patriots squad that’s clicking on all cylinders. The game will kick off at 4:25 PM. ET.

The Steelers are coming off a dismal performance against Miami. It’s perhaps the most puzzling loss by any team all year. The Dolphins rushing attack overwhelmed the Steelers all game. The Dolphins’ Jay Ajayi rushed for 204 yards on 25 carries for two scores. He averaged 8.2 yards per carry. The Steelers allowed a total of three rushing touchdowns in total on the afternoon.

The Patriots rank seventh in rushing yards per game according to NFL Stats. Brady’s return to the lineup has effected the Patriots use of their rushing attack. With Brady back, the Patriots do rush the ball less. However, Belichick is a master strategist. The Patriots will certainly throw the ball more with Brady, but they’ll test the Steelers run defense early and often.

Without Roethlisberger in the lineup(he sustained a knee injury last week), a bounce back game this week against a dominant Patriots squad is a tall task. When Roethlisberger is out of the lineup, the Steelers are a different offense. Antonio Brown doesn’t have the same rapport with anyone other than Ben Roethlisberger. The Steelers will need Brown to have an impact on this game. Expect the Steelers to try unconventional play calls like the Jet sweep to get Brown more involved.

Last week against the Dolphins, the Steelers’ rushing attack played well in a losing effort. The Steelers will need Le’Veon Bell to dominate the game. Last week, Bell rushed for 53 yards on 10 carries but went without a score. As a team, the Steelers rushed for 128 yards on 16 carries, but a majority of that production came on a 60-yard touchdown run by Darrius Heyward-Bey. 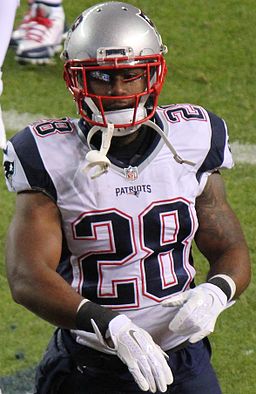 The Patriots rank ninth in run defense according to NFL Stats. The Patriots allow less than 100 yards rushing per game. The Patriots rank fourth in the NFL in terms of points scored on running plays. Their solid run defense will face arguably the NFL’s most dynamic rusher in Le’Veon Bell. While Bell is a feared runner, his ability to catch the ball out of the backfield is equally as important. If the Patriots can find a way to limit Bell’s total touches in the game, then the Patriots should have an easy time improving to 6-1 on the season.

Last week against the Bengals, the Patriots cruised to a victory behind the strong play of Brady and his receivers. Rob Gronkowski had an outstanding game hauling in seven catches for 162 yards and a score. The trio of Gronkowski, Bennett, and White had a huge impact on the game. Bennett’s sure hands have helped him quickly become one of Brady’s favorite targets. But, it’s White’s influence on the Patriots offense that is most notable.

Last week, White had seven of the Patriots 23 carries against the Bengals. He consistently peppers the running attack with bursts of quickness. Between White and Blount, the Patriots have the perfect balance of brute power and elusive quickness. But, it’s White’s contributions to the passing game that are the most instrumental to the Patriots’ offense.

White had eight receptions for 47 yards and two touchdowns. The Patriots offense has always utilized a receiving back in their offense. Last year, Dion Lewis played that role through the first half of the season at an elite level. In Dion’s place, White has made noticeable strides since Brady’s return. Look for White to continue to play a critical role in the Patriots’ passing attack.

BetOnline.ag has the Patriots favored to win the game by 7 points. The over/under on total points scored is 47.5.  You can read our full BetOnline review here.

The Patriots have shown this season that elite teams find ways to win even when their best players are not on the field. Without Roethlisberger this week, the Steelers will try to take a page from the Patriots’ early season playbook. The Steelers will have the motivation to play better after the shellacking they took against Miami, but the Patriots play extremely well when facing inexperienced quarterbacks and Landry Jones (starting in Roethlisberger’s place) is just that. Expect the Patriots to pull away in the second half to cover the spread.