The Oakland Raiders will travel to MileHigh Stadium in Denver, Colorado to take on the Broncos in this AFC West showdown. This matchup will kick off at 4:25 PM/ET.

Heading into week four, the Raiders and the Broncos are both coming off surprising losses. The Raiders potent offense was held to 10 points in their loss to the Redskins, while the Broncos offense sputtered against Buffalo. With the Chiefs (3-0) atop the AFC West, this early season matchup becomes crucial for Denver and Oakland trying to keep pace.

The Bad & The Troubling: Where Oakland’s Offense?

Last Sunday against the Redskins, the Raiders offense took a sudden nose dive. Or was it so sudden? According to NFL Stats, through the first three weeks of the season, the Raiders have averaged 299 yards of total offense, good enough to rank 23 in the league.

The Troubling: Last Sunday, David Carr had one of his worst performances as a professional quarterback, completing 19 of 31 passes for 118 yards and two interceptions. What’s more troubling is his top two receivers have disappeared. Both Michael Crabtree and Amari Cooper were held to only a single catch. Both receivers seem to have nagging injuries that will certainly effect their impact on the Raiders offense.

The Good & The Bad: Denver Got Outplayed 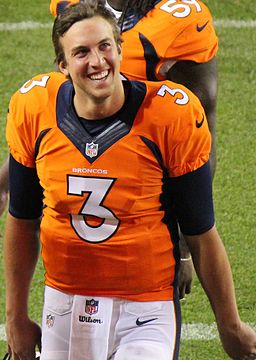 In week three against the Bills, if not for a ridiculous unsportsmanlike penalty, called on Denver’s best player, Von Miller, the Broncos may have a perfect record still. But, c’est la vie and they must move on. The biggest issue last Sunday was the Broncos inability to find the end zone. Siemian completed 24 passes on 40 attempts for 259 yards, but was never able to turn that production into points. Instead, for his efforts he threw two drive ending interceptions.

The Good: There’s been a Jamaal Charles sighting and the Broncos are happy to have him on their side. The often injured Charles outpaced C.J. Anderson in terms of touches; Charles had nine carries, while Anderson carried the ball eight times. Charles rushed for 56 yards and a score. On the day where Denver’s passing attack struggled to reach pay dirt, the Denver ground attack had 23 carries for 111 yards and one score. Despite the loss, the production by Denver’s ground attack is certainly a positive sign.

The Bad: Denver’s identity is their defense. No one expects Denver to go out and win a shoot out. Denver is a grind it out type of team, so it’s concerning when Denver loses these types of games. In week three, the Bills out worked the Broncos and won a hard-fought victory. If Denver is going to make any noise this season, the Broncos will need to find a way to win defensive heavy games.

BetOnline.ag has the Broncos favored to win the game by 3 points. The over/under on total points scored is 46.  You can read our full BetOnline review here.

The Broncos offense struggled to get into the end zone, but the production is there. They need to learn to finish. Siemian is an underrated passer that’s not afraid to throw the ball down field. Against the Bills, Siemian targeted Demaryius Thomas nine times, hauling in six receptions for 98 yards. Expect the Broncos to offense to find the end zone with more regularity this week, while the Raiders continue to struggle on offense and defense.