The Oakland Raiders will travel to the StubHub Center in Los Angeles, California to take on the Chargers. This game will kick off at 4:25 PM/ET.

The Raiders can only watch as their 2017 season comes to an end after being eliminated from playoff contention. Now Oakland has one game before a long offseason. A season that started with so much promise after last years’ success ends for Oakland with a losing record and an up and (mostly) down season. Facing a Chargers team with a lot to play for still, expect Oakland to play hard but don’t expect all-out effort.

So you’re saying there’s a chance? 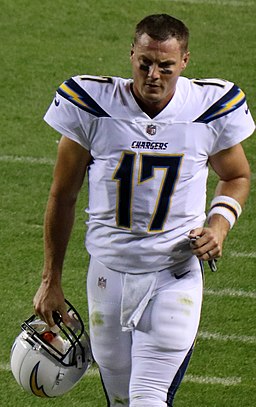 Chargers can make the playoffs, but they’ll need help. First, they’ll need to take care of business and then hope for a few games to go their way. Judging by how teams like Tennessee and Buffalo have played near the end of the season, it’s entirely possible that the Chargers could sneak in.

And, that’s not even the only formula that could result in the Chargers making the playoffs. They could get help from Baltimore as well. Either way, the Chargers will need help and none of it will matter if Los Angeles doesn’t win.

Against the Jets, the Chargers gave up a lot of yards on the ground, nearly two hundred. Oakland doesn’t have the best rushing attack, but they racked up 137 yards last week against the Eagles.

Expect the Raiders to run the ball a lot and attack the Chargers’ atrocious run defense. According to NFL Stats, the Chargers rank dead last in run defense. Los Angeles gives up an average of 132 yards per game.

Fortunately for the Chargers, the Raiders rank 25th in rushing. Oakland’s leading rusher, Marshawn Lynch has rushed for over a hundred yards just once this season. With their playoff lives on the line don’t expect the Chargers to give Lynch his second hundred-yard performance of the season.

An offense in shambles. The Raiders: a 2017 snapshot.

Besides ranking near the bottom of the league in rushing, the Raiders passing attack fell off from a stellar 2016 campaign, falling from 13th to 17th in passing yards per game. Last season before Derek Carr’s injury, the Raiders quarterback threw for 28 touchdowns to 6 interceptions. Fast forward to 2017 and it’s a completely different story. Carr has thrown 21 touchdowns with 12 interceptions. The drop off in production cannot fall entirely on Carr’s shoulders, but it’s certainly something to monitor next season to determine whether 2016 was an outlier year.

The Raiders will go into week 17 with nothing but pride to play of. Oakland is a divisional opponent, and if a team cannot get excited and amped up about potentially knocking a divisional opponent out of the playoffs, then maybe Oakland has bigger issues to worry about.

BetOnline.ag has the Chargers favored to win the game by 7 points. The over/under on total points scored is 42.  You can read our full BetOnline review here.

The Chargers have everything to play for in this game and clearly have played better than Oakland to have this opportunity. The biggest issue, however, is the health of Melvin Gordon. So far he looks available, but when a key player is playing with an injury it’s worth taking a pause and taking stock what other options the offense has available. If Gordon is unable to play, the Chargers’ quarterback, Phillip Rivers will need to rely on Keenan Allen and the passing game. Allen is closing in on 100 receptions and over 1,300 receiving yards. Expect Allen and Rivers to connect on a few big plays on their way to possibly making a playoff appearance.