On Monday Night Football, the New Orleans Saints will travel to Bank of America Stadium in Charlotte, North Carolina to take on the Panthers. This NFC South showdown will kick off at 8:15 PM. ET.

The Saints (11-2) are coming into this game after a bounce-back game against the Buccaneers. The Saints hold the best record in the NFL. Led by future Hall of Famer, Drew Brees, the Saints are on track for a deep playoff run.

The Panthers (6-7) have struggled mightily throughout the 2018 season. After starting the season 6-2, the Panthers have lost their last five contests. The Panther’s defense has played inconsistently for much of the season. According to NFL Stats, Carolina ranks 24th in the league in terms of points against. Facing the second-best offense in the NFL, expect the Panthers to play from behind for much of this game. 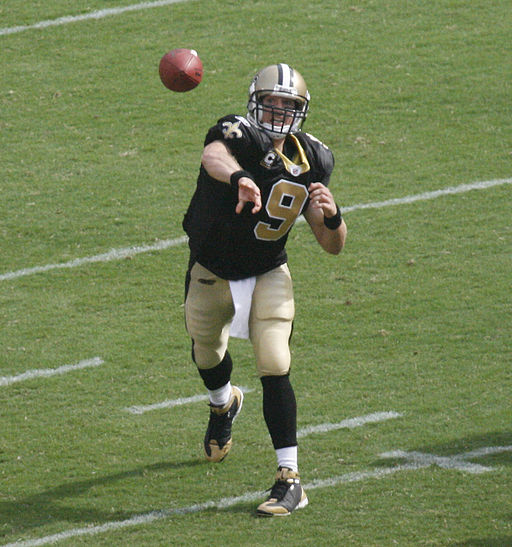 The Saints should rely heavily on Michael Thomas and the New Orleans’ passing attack.

According to NFL Stats, the Panthers have the 22nd rank passing defense in the NFL. The Saints should attack this defense with a healthy dose of Michael Thomas and Alvin Kamara. On the season, Saints’ receiver, Michael Thomas, is second in the NFL with 102 receptions. He has 9 touchdowns on the season.

Last week against the Buccaneers, Thomas failed to record a touchdown but did manage to haul in 11 receptions on 13 targets for 98 yards. Thomas had over twice as many targets than the next Saints receiver. Facing a weak Panthers secondary, expect Brees to connect with Thomas at a high volume.

The Panther’s won’t be able to run the ball on the league’s top run defense.

On the season, McCaffrey has rushed for 926 yards on 179 carries. Additionally, he’s reached the end zone 7 times on the year. That’s just half of McCaffrey’s value. On the season, McCaffrey has the 12th most receptions on the season. He’s hauled in 86 receptions for 701 yards and 6 touchdowns. The Panther’s ability to get McCaffrey involved in the offense in any number of ways. The Saints will need to focus their entire defensive effort on stopping McCaffrey. That’s a tall task for any defense in the league.

BetOnline.ag has the Saints favored to win the game by -6.5 points. The over/under on total points scored is 50.5  You can read our full BetOnline review here.

The Saints are the easy pick here. Outside of a few games this season, the Saints have looked nearly unbeatable. The Panthers have one of the best running backs in the league, but that won’t be enough to stop the Saints. New Orleans offensive weapons consist of three of the leagues best players. Between Alvin Kamara, Michael Thomas, and Drew Brees the Saints’ offense is an unstoppable force. Regardless of the outcome of this game, New Orleans will still hold the top seed in the NFC playoff race. This will be a physical game, but when the dust clears expect the Saints to win this game by a large margin.