On Monday Night Football, the Detroit Lions will travel to the hallowed grounds of Lambeau Field in Green Bay, Wisconsin to take on the Packers. This game will kick off at 8:30 PM/ET.

The Green Bay Packers (4-3) are coming off two consecutive losses. Green Bay’s offense is reeling from the loss of Aaron Rodgers to a season-ending injury. In his absence, the Packers have shifted to a running style offense, and while they’ve found success with Aaron Jones on the ground, his production has translated into victories.

Life for the Packers in a post-Rodgers universe.

When Aaron Rodgers is under center for the Packers, they’re a team that can challenge anyone in any game. Rodgers makes the Packers legitimate contenders when he’s on the field, and when he’s not they’re the definition of mediocre. Great quarterbacks make average teams great and that’s certainly what Aaron Rodgers did for this Packers team.

In his place is Brett Hundley. Last week against the Saints, Hundley passed for 87 yards and one interception. He’s a serviceable backup, but nothing more beyond that. Against an opportunistic Lions’ defense, expect Hundley’s struggles to continue.

Running back Aaron Jones is the lone bright spot for a struggling Green Bay offense. Against the Saints, Jones rushed for 131 yards on 17 carries and a touchdown. With their passing attack in shambles, expect a healthy dose of Jones against a stingy Detroit run defense. 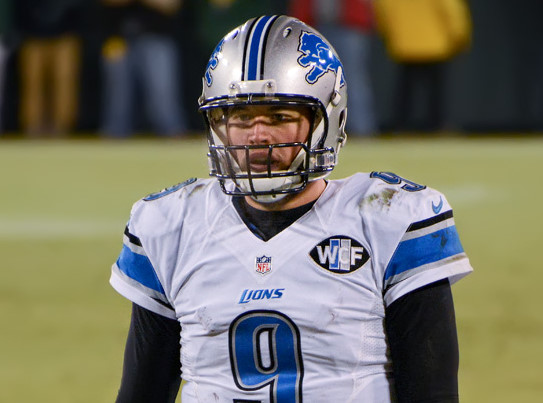 This is the Lions best chance to make a playoff run.

Despite residing in third place in the NFC North, the Lions are in excellent position to make a second-half run. The biggest issue facing the Lions is their lack of consistency on offense. According to NFL Stats, the Lions have the 19th ranked offense. Their biggest issue: running the ball.

The Lions’ have one of the worst rushing attacks in the NFL. When a team cannot run the ball, opposing defenses are going to get after the quarterback; that’s exactly what’s happening to Stafford and the Lions’ offense. Detroit relies heavily on Stafford to move the chains on offense. Defenses know this and get after him.

According to NFL Stats, Stafford is the fourth most sacked quarterback in the NFL. Against a Green Bay defense that’s near the bottom of the league in sacks, expect Stafford to work from a clean pocket for most of the game.

BetOnline.ag has the Lions favored to win the game by 2 points. The over/under on total points scored is 43.5.  You can read our full BetOnline review here.