The Green Bay Packers will travel to Heinz Field in Pittsburgh, Pennsylvania to take on the AFC leading Steelers. This Sunday Night Football matchup will kick off at 8:30 PM/ET.

The Steelers (8-2) lead the AFC West by three games and are winners of five straight. Last week against the Titans, the Steelers defense picked off Titan’s quarterback, Marcus Mariota four times. The Steelers boast one of the best scoring defenses in the league. With a dominant defense and an explosive offense, the Steelers are surefire favorites in this matchup.

The Packers (5-5) have lost four of their last five contests. Without Aaron Rodgers at the helm, the Packers have fallen out of the playoff hunt and have moved to the middle of the NFC pack. With fierce competition among NFC playoff contenders, the Packers look more like a team on the outside looking in. Looking at the Packers schedule, expect Green Bay to win maybe twice more moving forward.

Do the Steelers have a championship caliber defense?

According to NFL Stats, the Steelers have the 4th ranked defense in the league. Pittsburgh is allowing 287.6 yards per game. Even more impressive, the Steelers’ defense is allowing the second-fewest points in the league, behind only the Jacksonville Jaguars. The Steelers’ defense is sound in all aspects of the game. Pittsburgh ranks in the top five in both interceptions (2nd) and sacks (tied for 5th). Facing a Green Bay offense that struggled with turnovers in week 11, expect the Steelers defense to force the issue again this week.

Big Ben’s dominance against the Titans is a great example of what the Steelers offense is capable of, however, his sporadic nature makes the Steelers’ offense difficult to predict. It’s not necessarily Roethlisberger’s fault. Le’Veon Bell leads the league in rushing, but he’s less explosive than in earlier years. Bell is averaging 3.8 yards per rush. On the season, Bell has two rushes of 20 plus yards and zero of 40 plus yards.

In the passing game, Bell has 49 receptions for a total of 308 yards. In that capacity, he’s struggled to make big plays. Bell has two completions of 20 plus yards and one completion of 40 plus yards. Bell has yet to find the end zone as a receiver.

The leader of the Pack: Green Bay’s lost season. 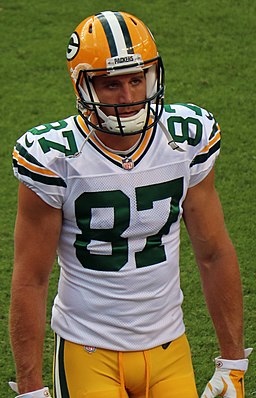 The Packers’ offense has zero answers for life without Aaron Rodgers. Last week against the Ravens marked a low point for the Packers offense. Green Bay got shut out for the first time this season.

Despite the Ravens having one of the worst offenses in the NFL, the Packers defense was unable to stop the Ravens offensive attack.

Wide receiver, Davante Adams is Hundley’s top target. Against Baltimore, Adams had 8 receptions for 126 yards. Despite the production, Hundley and Adams’s were held out of the end zone.

The Packers loss to the Ravens was their worst of the season. Despite losing Rodgers, the Packers offense has still found ways to move the ball.

BetOnline.ag has the Steelers favored to win the game by 14 points. The over/under on total points scored is 43.  You can read our full BetOnline review here.

This game has trap written all over it. The Steelers are huge favorites in this game, and they’ve earned that designation. Pittsburgh’s week 11 performance was their biggest margin of victory all season. Prior to last week, the Steelers have won by more than 14 points just two other times this season. With two divisional matchups following this week, as well as a meeting with the Patriots in week 15 on the horizon, expect the Steelers to underwhelm this week as they look ahead to tougher competition.