Both the Steelers and the Patriots represent the best of what the AFC has to offer, but both teams have serious flaws. The Patriots special teams have been a nightmare all season. They lead the league in special teams turnovers. Against the Texans, one of their biggest miscues came on a Dion Lewis kick return. Lewis fumbled on a kick return giving the Texans excellent field position. Even worse, was the moment of swing. Between ball security issues and protecting Brady, the Patriots offense and special teams played as bad as a team could in a lopsided victory.

In the Divisional Round, Brady got knocked around and faced a ton of pressure.The Texans defensive line put Jadeveon Clowney and Whitney Mercilus over Patriots’ center David Andrews, and the results were severely one-sided. Andrews is a scrappy center, but he’s not the most athletic of guys. He struggled to slow down Clowney and Mercilus and that hindered Brady’s effectiveness.

Despite winning the game, the Patriots struggles protecting Brady is troublesome. The pressure forced Brady into some very un-Brady like situations. The Texans intercepted Brady twice as a result of pressure. The Texans have one of the best defenses in the league, and it’s not surprising that they were able to knock Brady around a little, but if the Steelers are able to get pressure on Brady, then the Patriots are in trouble.

Despite winning 34-16, the Patriots played sloppy. The Texans forced three turnovers, and those turnovers helped the Texans beat the Patriots in time of possession. Now, the Patriots still won the game, but if they play this poorly against the Steelers they’ll lose. 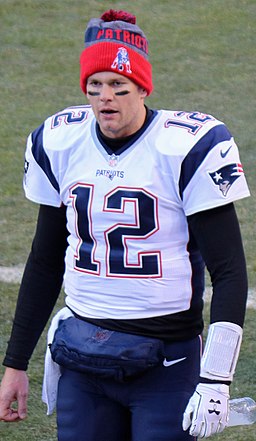 The Steelers are a hot team at the moment, but they’ll need to click on all cylinders to beat the Patriots in Foxborough. New England has owned the Steelers in their matchups, but rarely has all of their best offensive weapons been available. The Steelers will have a healthy Le’Veon Bell at their disposal and he’s been on fire this season.

Despite missing four games this season due to suspension, Bell ranks second in yards per game this season with 105.7 per game, according to NFL Stats. In the postseason, Bell has been even better. He’s averaging 168.5 per game; he has three rushes of 20+ yards; and, he’s picked up 19 first downs.

The Steelers offense runs through Bell, and it’s up to New England’s defense to win this game. Belichick love to take away his opponent’s best weapon. Bell is the Steelers best player. He’s a threat in both the run game and the passing attack. The Patriots don’t have anyone that matches up well against Bell in the passing game. If New England can neutralize Bell’s impact on the game, then they’ll force Roethlisberger and Brown to win the game for them.

BetOnline.ag has the Patriots favored to win the game by 6 points. The over/under on total points scored is 50.5.  You can read our full BetOnline review here.

Both New England and Pittsburgh have their flaws. But, New England has the defensive advantage. The Patriots have been very consistent all season against the run. The Patriots rank 3rd in run defense according to NFL Stats. If the Patriots can slow Bell down and double cover Antonio Brown, then Roethlisberger will have to find other receivers to carry the offense. This is the Patriots winning formula for this game; that and not turning the ball over. Expect the Patriots to step up big in all phases of the game this week to advance to the Super Bowl.