On Sunday, the Patriots will take on the Broncos at Sports Authority Field in Denver, Colorado. The Patriots (11-2) are vying for the number one seed, while the Broncos (8-5) have lost three of their last five games and are in danger of missing the playoffs altogether. This AFC showdown will kick off at 4:25 PM. ET. 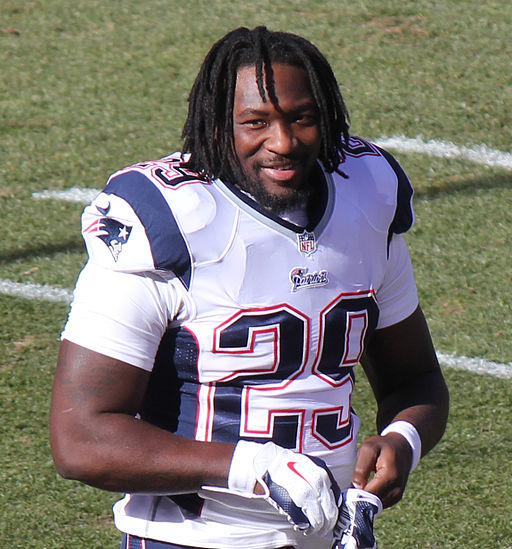 Last week, Blount scored his 14 rushing touchdown of the season

Throughout his illustrious career, Brady has a winning record against just about every opponent. Even on the road, Brady has rarely struggled. But in Denver, Brady is only 2-7 all-time, including the playoffs. To say Denver has Brady’s number is an understatement. Against Brady and the Patriots, no other team dominates at home better than the Broncos.

For any team, playing against the Broncos in Denver is a tremendously challenge. Due to the altitude, Sports Authority Field is one of the few NFL stadiums with a true home field advantage. Denver’s defense is a ferocious unit, but they’ve definitely fallen off from last years pace. Specifically, their run defense. In 2015, the Broncos run defense ranked 3rd in the league according to NFL Stats. This season through 14 weeks, the Broncos rank 29th in the league according to NFL Stats. To describe that as a drop off is an understatement. That’s more like falling off the edge of the world.

Denver allows over 127 yards rushing per game. Last week against the Titans, the Broncos allowed 180 yards rushing on 42 carries. The Patriots rushing attack ranks 7th in the league according to NFL Stats. LeGarrette Blount continues to have a career year. His 14 rushing touchdowns leads the league. Last week against the number one rushing defense, Blount rushed for 72 yards on 18 carries and a touchdown. He’s been the Patriots best back all season, and that will continue this week and into the playoffs.

Besides Blount, the Patriots have passing backs James White and Dion Lewis to spell Blount in the running game and in passing situations. The Patriots can create mismatches in the passing game by utilizing White and Lewis out of the back field as receivers, or motioning them out of the back field and lining them up at receiver. Denver’s passing defense ranks 1st in the league according to NFL Stats. The Patriots passing offense ranks 4th in the league according to NFL Stats. Expect the Patriots to really pound the ball with the rushing attack, and when they do pass the ball, look for Brady to utilize White and Lewis as receivers.

BetOnline.ag has the Patriots favored to win the game by 3 points. The over/under on total points scored is 43.5.  You can read our full BetOnline review here.

The Patriots have rarely had success in Denver, but the circumstances this time around are different. The Patriots offense is extremely balanced. Not having Gronkowski as the focal point has allowed Brady to spread the ball around. Role players will continue to emerge this week and Denver will struggle to keep the Patriots offense in check. Expect the Patriots to come away with a solid road victory.