The Seahawks will travel east to take on the Patriots at Gillette Stadium in Foxborough, Massachusetts. This Sunday Night Football matchup will mark the first time that Seattle will face New England since the 2014 Super Bowl. This game will kick off at 8:30 PM. ET.

On Sunday Night Football, Seattle will get another crack at the Patriots, Tom Brady, and Bill Belichick. In preparation for this game, the Seahawks had to revisit game film from the 2014 Super Bowl. Much of the Seahawks roster is the same from the game, as well as the Patriots roster. When the Seahawks arrive in Foxborough, every member of that losing Super Bowl team should have a chip on their shoulders. The Seahawks have played inconsistently this season from week to week, but if they can overcome their demons and defeat the Patriots on the road, then they’ll assert themselves as true championship contenders this season.

Last week against the Bills, Seattle defense faced a harder test than they expected. Buffalo has a solid rushing attack and run defense and against Seattle it showed. Seattle’s rushing attack managed a measly 33 yards on 12 carries, but managed to find the end zone twice with two rushing scores. On the season, Seattle has struggled mightily rushing the ball. The Seahawks rank 30th in the NFL according to NFL Stats.

Even though the Seahawks defense played well against the Bills, the run defense still allowed Buffalo to rush for 162 yards on 38 carries for two scores. The Seahawks rank 1as the 2th best run defense in the league according to NFL Stats, yet they still allowed the Bills to run all over them. 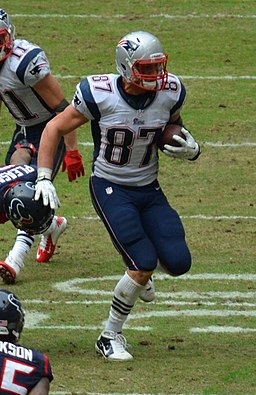 Another area of concern for the Seahawks is their pass defense against the Bills. Seattle ranks 10th in fewest passing yards allowed per game according to NFL Stats. But, in the victory, they allowed Bills wide receiver Robert Woods to collect a career high 10 receptions for 162 yards receiving. The Bills passing attack is weak, so that kind of production is very surprising. Look for the Patriots to try to attack similar matchups in the Seattle secondary.

On the offensive side of the ball, Seattle is finally utilizing Jimmy Graham and the outcome is impressive. Last week against the Bills, Graham had eight receptions for a 103 yards and two spectacular scores on the day. Russell Wilson is one of the best quarterbacks in the league when he’s throwing middle to deep down field. Graham is the kind of big threat receiver that can transform an offense’s identity. With Seattle’s rushing attack continuing to struggle, look for the passing attack to continue to evolve with Graham.

The Patriots have two major advantages coming into this game: 1) they’re playing at home. And 2) they’ve had a bye week to prepare for this matchup. The Patriots have another unique advantage as well: they played Buffalo before their bye week and then Seattle played Buffalo last week. Analyzing how Buffalo attacked Seattle will help the Patriots formulate a solid game plan against one of the leagues few elite teams.

The Patriots’ rushing attack is solid with LeGarrette Blount having a career year. The Seahawks are a formidable run defense, and despite the yards they allowed last week, don’t expect the Patriots to come close to duplicating that. The Patriots passing attack will need to move the ball in this game and Brady’s biggest and best target is Gronkowski. So far on the season, Gronkowski has 22 receptions for 484 yards and three scores according to NFL Stats. The Patriots will certainly need Gronkowski to continue to perform at a high level.

BetOnline.ag has the Patriots favored to win the game by 7.5 points. The over/under on total points scored is 49.  You can read our full BetOnline review here.

This game will feature the two best tight ends in the league as the focal points of their offenses. The biggest difference between Seattle’s Super Bowl team and now is the loss of Marshawn Lynch. While the Seahawks are a formidable foe, if they cannot run the ball, then they won’t have success against the Patriots. It’s tempting to go with Seattle to cover here, but the Patriots offensively are more well-rounded. Expect the Patriots to get a sizable lead early and to never relinquish it.