The Bengals are coming off a disappointing loss to the Steelers in week 6. The Bengals kept the game close, exchanging scores with Pittsburgh and holding a slight lead late in the fourth quarter. However, the Bengals couldn’t close it out and lost in heartbreaking fashion to their hated divisional foe. Nevertheless, the Bengals are off to a strong start in 2018 and will look to bounce back with a win on the road in prime time.

The Chiefs came back down to earth last week when they faced off against Tom Brady and the New England Patriots. Mahomes looked mortal as he threw two interceptions and struggled against the Patriots’ defense in crucial moments throughout the game. One such moment came at the end of the first half; the Chiefs had the ball in the red zone and a critical interception cost Kansas City points. In the most important games, in the most critical situations, these types of mistakes cannot happen. But they did. Kansas City will need to bounce back against another strong opponent in week 7.

Are the Bengals regressing? 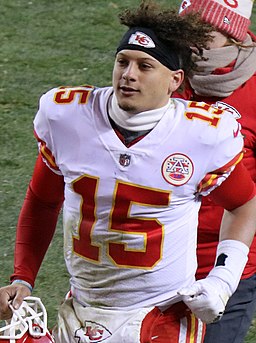 Cincinnati’s offense is slightly peculiar. According to NFL Stats, the Bengals have the 23 ranked offense in terms of yards.

However, they’re averaging 29 points per game. That’s good enough for 6th in the league according to NFL Stats.

The Bengals defense is allowing 409 yards per game. Surpassingly, for a team known historically for its defense, they’re not playing defense very well.

The Bengals are allowing 26.3 points per game, according to NFL Stats. What does this tell us?

The Bengals are a tough team, but the Chiefs should have no problem creating big plays against their defense.

How will the Chiefs respond?

Forget the loss to New England. The Chiefs played incredibly well, and despite coming up short showed that they’re a legit threat in the AFC.

The Bengals allow an average of 117 yards rushing and 292 yards passing per game. Expect the Chiefs to attack this weak Bengals defense with big play after big play.

The Chiefs should have no issues scoring, but can they stop the Bengals offense? While Cincinnati isn’t the offensive juggernaut that the Chiefs have proven to be, they’re still a force to reckon with.

If the Bengal’s defense is bad, then the Chiefs’ is atrocious. The Chiefs rank near the bottom of the league in both passing and run defense.

The biggest x-factor for the Chiefs is stopping Joe Mixon. So far in 2018 Mixon has yet to have a breakout performance. Mixon should be a staple in both the passing attack and the ground game thia week. If the Chiefs struggle to get the Bengal’s off the field and lose the battle of time of possession, then the Bengal’s will have a real shot at the upset.

BetOnline.ag has the Chiefs favored to win the game by -6 points. The over/under on total points scored is 58.  You can read our full BetOnline review here.

This game has shootout written all over it. Unless the over/under reaches 60 points bet the over on this one. The Bengals don’t usually fare well in prime-time games, but Dalton has already bucked that trend this year winning on a Thursday Night Game. Expect the Chiefs to come out hot in this game. Kansas City will score first and won’t relinquish their early lead. Mahomes has shown a knack for striking his receivers fast for huge gains, against this Bengals’ defense expect more of the same from him.