Prior to their bye week, the Redskins had delivered a few up and down performances. They beat the hapless Arizona Cardinals in week one, before stumbling against the Colts at home in week two. Going into week three, the Redskins had a lot to prove, and they managed to answer their critics by bouncing back and defeating the Green Bay Packers. Coming off the earliest bye week in the league, the Redskins have had two weeks to prepare for the Saints historically high-powered offense.

After stumbling out of the start against the Tampa Bay Buccaneers, the Saints have managed to reel off three consecutive wins. While the quality of their opponents is questionable, what isn’t in doubt is the play of their star running back Alvin Kamara. The Washington defense will have their hands full trying to stop Kamara in the ground game and through the air.

The Redskins’ defense is off to a strong start. 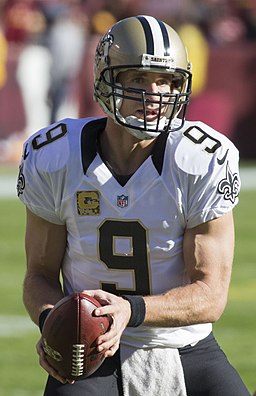 According to NFL Stats, the Redskins surrender the fewest point per game in the league.

The Redskins 2-1 start is due in large part to their defensive efforts. Their offense, however, has struggled with their new quarterback Alex Smith. His numbers aren’t abysmal, but their also nothing to write home about.

Against a Saints’ defense that surrenders a lot of points and a lot of yards, expect Smith and the Redskins’ offense to have a better than average day moving the chains and finding the end zone.

The Saints’ offense is elite

Drew Brees has been in the league for a long time, and in that time the Saints have become synonymous with being a high-powered passing attack. Alvin Kamara is helping to buck that trend.

The running back does it all for the Saints and has really taken a lot of pressure off of Brees and the passing game. He’s an explosive player that ranks among the best at his position.

Against the Giants in week four, Kamara rushed for 134 yards on 19 carries and found the end zone three times. Kamara was also Drew Brees’ favorite target in the passing game. Kamara was targeted nine times hauling in five catches for 47 yards. Whether on the ground or through the air, Kamara is a game-changing playmaker.

BetOnline.ag has the Saints favored to win the game by -6 points. The over/under on total points scored is 51.5.  You can read our full BetOnline review here.

The Redskins have one of the best defenses in the NFL through the first quarter of the season. The Saints offense could do a lot to change that though. If the Redskins are going to win this game they’ll need a vintage performance from Adrian Peterson and help from fellow running back Chris Thompson. When they’re on the field, the Saints offense dictates the pace of the game. The Redskins best strategy would be to control the time of possession by running the ball early and often. If the Redskins’ offense can stay on the field and keep Kamara on the sideline, then the Redskins have a good chance of pulling off an upset.

Both of these teams are in the bottom half of the league in terms of sacks on defense. At the same time, both of these teams are at the top of the league in sacks allowed. What does this mean? It means that both quarterbacks will operate from a clean pocket and this game could be very high scoring. Despite Washington being more of a defensive team, expect the Redskins offense to have their best performance of the season.  The Redskins’ bye week came a little too early in 2018. Washington will compete in this game, but in the end, roll with the home team to pull off the victory.