The Lions’ head coach, Matt Patricia will face off against his former team and will be trying to avoid a 0-3 start to the season. It’s been a dismal start for Detroit’s new head coach, as the Lions have struggled through the early part of the season. Facing a charged up New England offense that’s coming off a disappointing loss to Jacksonville in week two isn’t the ideal situation.

The Patriots defense was exposed by the Jaguars in week two. Although the heat in Jacksonville certainly contributed to the sub-par performance on both sides of the ball, never the less the Patriots cannot feel good about the effort they put forth. The Patriots will face their former defensive coordinator in week three and will hope to get back on track against a suspect Lions’ defense. 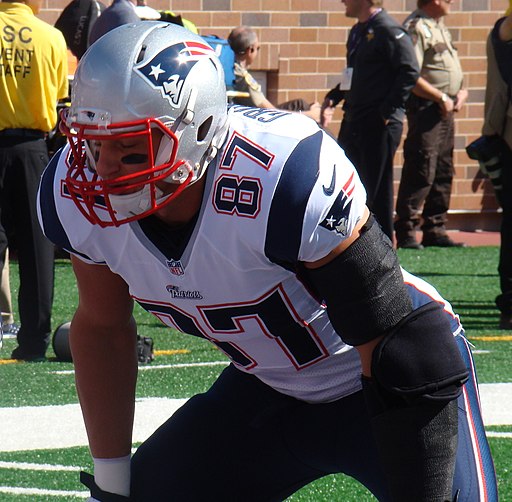 The Patriots acquired wide-receiver Josh Gordon from the Browns this past week and the acquisition immediately became the hot topic around the league. Gordon is an explosive player on the field, but his off-field issues always seemed to derail him from reaching his potential in Cleveland.

It’s foolish to believe Gordon can come to New England and immediately succeed. It’s possible that a new environment will help Gordon rediscover his explosive playmaking ability, but don’t count on it this week. Gordon will most likely be used as a deep-threat decoy if he’s involved in the offense at all on Sunday.

In week two, the Patriots offense struggled against the Jaguars stout defense for most of the afternoon. Brady is clearly struggling to find a rhythm with his top wide receiver, Julian Edelman, suspended for the first four games of the season. While Patterson and Dorsett have contributed nicely to the Patriots offense, Chris Hogan has been a bit of a no-show on the field. Without Edelman to start the season, Hogan was viewed as the likely receiver to make an impact on offense in Edelman’s absence.

Against the Jaguars, Hogan had two touchdowns but only had one other reception in the game. Brady needs to improve his report with the rest of the receiving core if Hogan isn’t Brady’s top target. We haven’t seen Brady and Gronk connect in a significant way since the first drive of the season, expect Gronkowski to be Brady’s go to receiver this week.

The Patriots’ rushing attack could see a lot more of Sony Michel against the Lions. Last week against the 49ers, the Lions allowed 190 rushing yards according to NFL stats. Michel outpaced the rest of the Patriots running backs on the afternoon with ten carries for 34 yards. Expect that total to grow over the coming weeks.

Week one of the NFL season was a disaster for the lions. Matt Patricia and Detroit could not have imagined a worse start to his tenure as coach and to their 2018 season. Last week on the road wasn’t much better. Stafford bounced back to throw three touchdowns and 347 yards according to NFL Stats.

But, Detroit still failed to seal the deal with a victory. Now they’ll have to face New England coming off a loss and that’s rarely worked out for the Patriots’ opponents.

The Lions are fortunately facing a New England squad that’s defense that didn’t look so good against Jacksonville. Against the Jaguars, Blake Bortles carved up the Patriots secondary for 376 yards and four touchdowns. If the Lions can protect Stafford and allow him to operate from inside a clean pocket, then the Lions could take advantage of New England’s weak secondary.

BetOnline.ag has the Patriots favored to win the game by -7 points. The over/under on total points scored is 53.5.  You can read our full BetOnline review here.