The Steelers are reeling after losing in a shootout to the Chiefs in week 2. It’s hard to call any game in week three a must win, but the Steelers aren’t used to being in this position, and they’ll certainly want to avoid going winless through the first three weeks of the season.

The Buccaneers are like the bizarro Steelers. The Bucs aren’t playing any defense and that doesn’t seem to matter. Ryan Fitzpatrick has found the fountain of youth and it was in Florida all along. Fitzpatrick was only supposed to be a bridge quarterback until Jameis Winston came back from suspension, but now the question is will Winston get the starting job back when his suspension is over? If Fitzpatrick can outduel Big Ben and the Steelers and lead the Buccaneers to a win in prime time, he could solidify himself as the Buccaneers starter for the foreseeable future.

The Steelers’ Struggles are real.

On offense, even without Le’Veon Bell, the Steelers are as explosive as ever. JuJu Smith-Schuster has been huge through the first two weeks of the regular season. In Bell’s place, James Connor has contributed on the ground as well as in the passing game.

Roethlisberger is even spreading the ball around to his other receiver like tight end Jesse James. This offensive display doesn’t even include Antonio Brown, who through two weeks has yet to lead the team in receiving yards. The Steelers have a truly dynamic offensive unit even without their full arsenal of weapons.

Pittsburgh’s paramount issue is their defense. It cannot stop anyone and that’s a huge problem. Against the Chiefs in week two, Patrick Mahomes embarrassed the Steelers’ secondary, throwing 6 touchdowns to five different receivers.

According to NFL Stats, the Steelers defense is allowing 31.5 points per game. Facing off against a Tampa Bay offense that ranks second in the league in scoring is not a dream matchup for Pittsburgh. If the Steelers secondary doesn’t tighten up soon and find some answers, Pittsburgh will be looking up from the bottom of the standings. Something they’re not used to.

The Buccaneers Success is real? 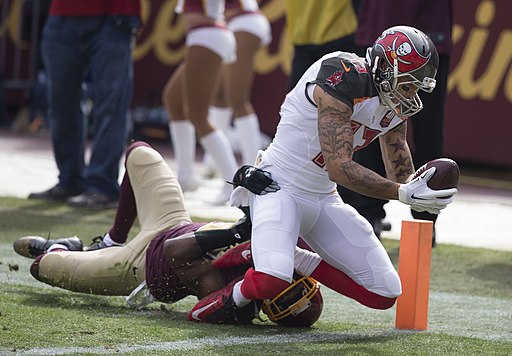 Logic would have us believe that the clock will strike midnight on Ryan Fitzpatrick and he will revert to a pumpkin and start throwing loads of interceptions. Right, that has to happen. Doesn’t it? There’s no way that this version of Fitzpatrick will last an entire season, he’s never done it. He can’t and he won’t.

Sure, he came close a few seasons ago with the Jets before a pick filled performance cost the Jets a shot at the playoffs. That’s the Fitzpatrick football fans have come to expect.

This year’s version, however, seems a little different. The offense around him is everything people thought it would be for Jameis Winston in 2017. And then, Winston failed to live up to those expectations and the Buccaneers were an afterthought.

Fast forward to week three of the 2018 season, Fitzpatrick has thrown for 8 touchdowns to only one interception. According to NFL Stats, Fitzpatrick leads the league with 4 completions of 40 plus yards.

Call it a renaissance, say that the stars have aligned, but his performance is hard not to believe. Sure, he will experience a regression at some point, and probably soon. It won’t be against the Steelers.

BetOnline.ag has the Buccaneers favored to win the game by -1 point. The over/under on total points scored is 54.  You can read our full BetOnline review here.

Before the season, no one would have expected that Ryan Fitzpatrick would face a winless Steelers team with the second best offense in the league. No one saw this coming. Expect a very high scoring game that could go back and forth. The Steelers won’t go winless through these first few weeks without a fight. But, if Fitzpatrick can continue to connect with his receivers deep then expect big numbers from the former Harvard grad as he outduels Big Ben.