The Bears Come Up Short

The Bears are coming off a disappointing week one loss to the Green Bay Packers. Kalil Mack dominated on defense pressuring Packers’ quarterback Aaron Rodgers and the Green Bay offensive line all night. Mack made several great plays during the game; the first big Mack play came when he stripped sacked DeShone Kizer late in the first half. Then on the next offensive series for the Packers, with only 50 seconds left in the half, Mack intercepted Kizer and returned it 27 yards for a touchdown. At the halfway point this game was all Bears.

Trubisky stood tall in the pocket and connected with eight different receivers on the night. Although his numbers don’t reflect his performance, Trubisky guided the Bears to the cusp of an upset. Trubisky completed 23 passes on 35 attempts for only 171 yards.

While those numbers aren’t earth-shattering, he did manage to stay turnover free and chipped in 32 rushing yards and a rushing touchdown. If not for a miraculous comeback by Aaron Rodgers after he returned from what looked like a devastating injury, Trubisky would have guided the Chicago’s offense to an early season victory against a hated division rival. But Chicago came up just a point short. Nevertheless, Trubisky and the Bears offense look like a nice complement to Chicago’s stout defensive front.

The Seahawks are coming off a disappointing week one loss to the Denver Broncos. While it’s always hard to start the season on the road in Denver, the Broncos took advantage of Seattle’s defense all afternoon. The Seahawks allowed 146 rushing yards. 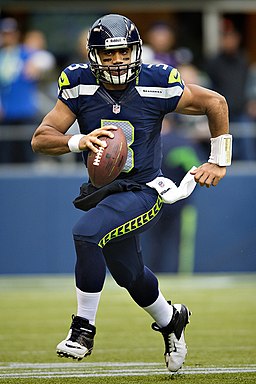 Rusell Wilson spread the ball around and connected with eight different receivers, however, he never seemed to get comfortable and the offense struggled most of the afternoon.

Wilson connected with tight end Will Dissly for 105 yards and a touchdown. The 105 yards led all Seahawks receivers on the afternoon, but Wilson seemed to miss having his full arsenal at receiver.

Russel Wilson was under constant pressure throwing two picks on the afternoon. Wilson was sacked six times for a total loss of 56 yards. With Wilson’s top receiver, Doug Baldwin out again this week, the Seahawks offense will need to find another playmaker to help Wilson and this passing attack make plays downfield.

Another question mark for the Seahawks is their rushing attack. Both Carson and Penny will have the opportunity to take the role. Neither has made a strong case to start over the other. Carson is coming off a nice start recording 51 yards on 7 carries in week one.

His 7.3 yards per rush is a great sign for a Seattle rushing attack that has yet to claim their identity. The Seahawks’ offense is entirely one dimensional when heavily on Wilson’s athleticism, the Seahawks need the rushing attack to take pressure off of Wilson and the receivers.

BetOnline.ag has the Bears favored to win the game by -4 point. The over/under on total points scored is 43.  You can read our full BetOnline review here.

At this moment the Bears are the better team. They played sound defense in week one and there’s no reason to believe that the Seahawks’ offense line is going to dominate or even compete with the Bears defensive line. The question then is why did both teams lose in week one: Turnovers and inexperience. The Bears had multiple opportunities to put the Packers away in week one and with little time left they coughed up the victory. The Seahawks’ offense was a mess all afternoon; the constant pressure and six sacks allowed by Seattle’s offensive line definitely contributed to Wilson’s two interceptions. Wilson is going to need to get the ball out fast and his receivers will need to make plays for Seattle’s offense if they’re going overcome the Bears defensive front. This game will come down to situational football. Trubisky is making huge strides and the Bears defense looks legit, but they’re still learning how to win. Wilson and Seattle need this win and when the games on the line expect Wilson to come through and close it out.