The Philadelphia Eagles will take on the Chicago Bears at Soldier Field in Chicago, Illinois. The game will kickoff Monday, September 19 at 8:30 PM. ET.

The Eagles in week one were on fire. Led by rookie quarterback, Carson Wentz, the Eagles put up 29 points against a lethargic Cleveland defense. In his first NFL start, Carson Wentz looked like a seasoned veteran. He completed 22 passes for 278 yards and two scores. Despite debuting against a weak opponent, Wentz demonstrated that he can play at the NFL level.

With Wentz making his first start on the road, the Eagles need to take the pressure off him early. Against the Browns, Ryan Mathews received the most touches with 22 carries. His 3.5 yards per carry average wasn’t indicative of how hard he was running. Mathews is the most consistent ball carrier the Eagles have. If the Eagles are going to pull off the upset, they’ll need Mathews to have an impact.

Going into week two, an area of concern for the Eagles is the health of Zach Ertz. Against the Browns, Ertz received the second most targets (6 catches on 7 targets) on the team. When Wentz faced pressure from the Browns defensive line, Ertz was often his first target. With Ertz out for Monday’s matchup against the Bears, the Eagles offense will need to rely on Brent Celek at tight end. Celek is a reliable option, but he lacks the consistent production that Ertz brings to the offense. 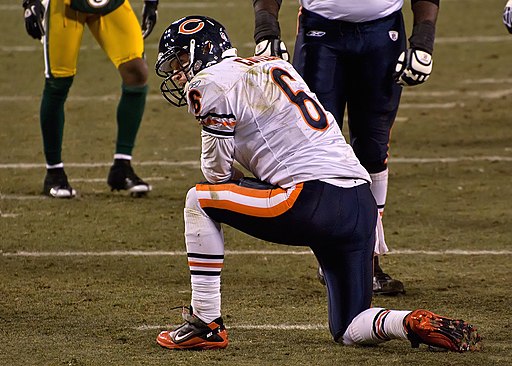 The Bears will try to rebound after losing to the Texans in week one. Jay Cutler spread the ball around to five different receivers with Alshon Jeffery topping the 100-yard mark. The biggest concern for the Bears is their offensive line. Against the Texans, the Bears offensive line gave up 5 sacks. Those five sacks resulted in a loss of 31 yards. They also allowed 12 hits on the quarterback. The Bears should have an easier time protecting Cutler against a softer Eagles defense.

The Eagles have a lot of promise, but it’s hard to pick an inexperienced quarterback in his first road game. Jay Cutler isn’t a top-tier quarterback, but he’s been in the league long enough to know how to manage a game. The Eagles secondary is a bit of a question mark this week with corner Leodis McKelvin out. That means the Bears will likely take their shots down field to Alshon Jeffrey.

Unfortunately for the Bears, their other receivers aren’t so much of a threat. The Eagles will need to take away Jeffrey and force Cutler to find his secondary options. Whether or not the Eagles have the personnel in the secondary to do that is a separate issue.

The biggest x-factor in this game is Jordan Mathews. In week one, Wentz clearly established Mathews as his favorite target. Mathews had seven receptions for 114 yards and a score. His 14 targets were twice as much as any other player on the team. With Ertz out, expect Mathews to receive even more attention from the Bears secondary. Regardless, the Eagles need to find a way to get him involved in the offense.

BetOnline.ag has the Bears favored to win the game by 3 points. The over/under on total points scored is 42.5.  You can read our full BetOnline review here.

The Eagles will need to play great on the road to get the upset. But, Wentz looks ready for the spotlight while Cutler is always one missed receiver away from a complete meltdown. The quarterbacks won’t decide this game; instead, expect the Bears to win with a solid effort from running back Jeremy Langford.