The Minnesota Vikings will travel to Philadelphia, Pennsylvania to take on the Eagles in the NFC Championship game. The NFC title game will kick off at 6:40 PM/ET.

The “Minnesota Miracle” as its been dubbed, is perhaps the greatest touchdown in NFL postseason history. The sheer improbability of the play left fans of both in pure shock and elation. The greatness of that play overshadows the Vikings inability in the second half to close out the game.

Minnesota led at halftime 17-0 over the high-powered Saints. In the second half, New Orleans’ offense led by Drew Brees began a furious comeback. With three minutes left the Saints took the lead, only to lose it a minute and a half later, to then once again take the lead with only 25 seconds remaining. Then the Vikings made the play that Minnesota fans have longed to see. Stefon Diggs’ 61-yard miracle catch and run were aided by sloppy defense, but the fact remains that this Vikings team has that “it” factor.

The Vikings look destined for the Super Bowl and find themselves one game away. Led by their unheralded quarterback, Case Keenum, the Vikings must put their miracle moment behind them and focus on their next opponent. A date with the Philadelphia Eagles in the NFC title game is all that stands between Minnesota becoming the first team in NFL history to play the Super Bowl in their home stadium.

The Eagles feel slighted and they should. Philadelphia earned the number one seed, but without their starting quarterback, ended up being the underdog to the 6th seeded Falcons in the divisional round. What did the Eagles do? They went out and beat the Falcons at home by a score of 15-10. The Eagles defense held the Falcons’ high-flying offense out of the end zone in the last minute of the game to preserve the victory.

The Eagles will host the Vikings and once again find themselves as the underdog, but they’re embracing that role. Even without their franchise quarterback, Carson Wentz, the Eagles feel that as a team they’re unstoppable, and they just might be right.

The Miracle in Minneapolis

The Vikings must move on from their “Minneapolis Miracle” and focus on the game at hand. While that’s easier said than done, the emotional wave that Vikings player experienced last Sunday is without description. That game was all but over. No team has ever scored a touchdown in the playoffs as time expired. So much had to happen for that finish to happen and the Vikings will need to play better than they did against the Saints if they want to advance past the Eagles.

On multiple plays, Keenum rolled out of the pocket, evading tackles, all while keeping his eyes downfield. Keenum connected with Stefon Diggs and Adam Thielen multiple times. Both receivers made tremendous catches throughout the game, and if the Vikings are going to beat the Eagles, they’ll need repeat performances from both receivers.

In their past three games, Philadelphia has held their opponents to 10 points or less. Without Wentz, the Eagles offense isn’t the same, but their defense is playing at an extremely high level. Against the Falcons in the divisional round, the Eagles shut out Atlanta in the second half allowing their offense to score the go-ahead field goals.

On paper, the Eagles deserve their underdog status. The Vikings have a lot of momentum behind them, but that type of doubt can only help fuel the Eagles fire. Against the Falcons, the Eagles controlled the time of possession and forced two turnovers. If the Eagles can win the turnover battle than expect them to pull off the upset.

The Eagles will need to stop the Vikings’ rushing attack. Keenum is a solid passer and he has two great weapons on the outside, but the Vikings rely on their ability to run the ball and throw to their receiving back McKinnon. If the Eagles can limit both of the Vikings running backs, then Minnesota will certainly struggle on offense. 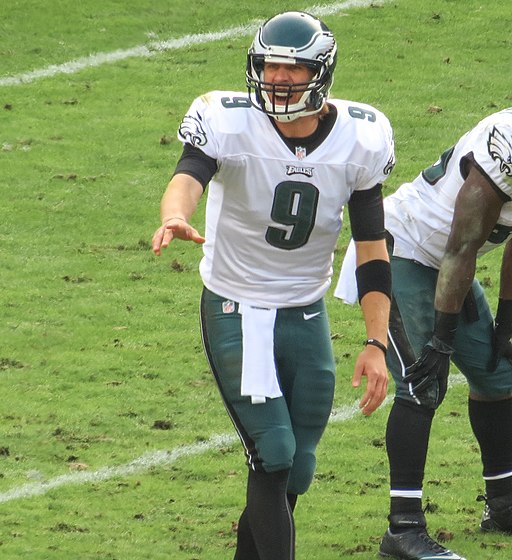 BetOnline.ag has the Vikings favored to win the game by 3 points. The over/under on total points scored is 38.5.  You can read our full BetOnline review here.

This game is all about defense. Both of these teams have tremendous defenses that will keep this game low scoring. If the Vikings can manage to break through the Eagles defense and make this a higher scoring game, then that favors Minnesota. Don’t expect the Vikings to have that type of luck though. Minnesota has the better offensive weapons, but the Eagles seem to have the better team.

This game will come down to which team has the ball last. Expect a repeat of last weeks’ final minutes for both teams. The Vikings will have one last chance to win the game in the last-minute, and the Eagles defense will have one last chance to stop their opponent for the victory. With the game on the line, expect the Eagles’ defense to come up big once again and advance to the Super Bowl.