The New York Giants will take on the Minnesota Vikings at U.S. Bank Stadium. The Giants and Vikings have both had strong starts to the season. The Vikings will try to continue their unbeaten streak to four games, while the Giants will look to bounce back from a disappointing loss to division rival Washington. This Monday Night matchup will kick off at 8:30 PM. ET.

The Giants lost a game to the Redskins that they definitely could have won. The Giants at one point held a 12-point lead over Washington, but the Redskins battled back. Washington’s kicker, Dustin Hopkins, went five for five on field goals attempts. His last field goal put Washington ahead for good with less than two minutes remaining.

Manning nearly brought the Giants back; after calmly completing a long third down pass to Victor Cruz, Manning misread the Redskin’s coverage that resulted in a drive ending interception. The Giants as a team turned the ball over three times. New York will have zero room for error facing the Viking’s smothering defense. For the Giant’s to pull off the upset they’ll need their offensive line to continue providing solid pass protection. So far this season, the Giant’s have allowed the fewest hits on the quarterback in the entire NFL according to NFL Stats. 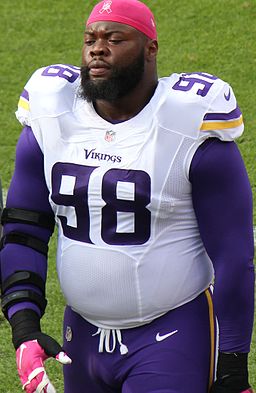 After three games, the Viking’s defense looks more than formidable; they look Championship caliber. But, it’s not their defense that’s the issue. They’ve been bitten by the injury bug at key positions. Before the season started, they lost starting quarterback Teddy Bridgewater. Then, star running back Adrian Peterson needed knee surgery. His return this season is doubtful.

The Viking’s Sam Bradford has looked sturdy at quarterback. He is nowhere near the upside of Bridgewater, but in Bridgewater’s absence, he’s helped guide Minnesota to a 3-0 record.  Since arriving in a trade from Philadelphia, Bradford’s played effectively. Through two games (Bradford did not play in week one), he’s completed 68 percent of his passes for 457 yards and three touchdowns. He has zero interceptions on the year.

The Giants’ offense is explosive. The Vikings’ defense will most likely try to take Odell Beckham Jr. away from Manning, and force him to throw to his other receivers. If Manning’s forced to find his secondary receiver, then look for Shane Vereen to play a huge role in the offense. In week three against the Redskins, Vereen rushed for 67 yards and a touchdown. Vereen is a versatile pass catching back, but he’ll need to produce as a rusher as well. Production won’t come easy against a stout Viking’s defensive line.

Everywhere on the Viking’s defense there are standout players. Perhaps, no player is having a bigger impact on the defense than tackle Linval Joseph. He’s one of the top defensive tackles in all the NFL. Through three games, he had 18 tackles and three sacks. Josephs presence is wrecking havoc on opposing offensive linemen. His elite play is a major reason the Vikings have one of the top defenses in the NFL.

BetOnline.ag has the Vikings favored to win the game by 4 points. The over/under on total points scored is 42.5.  You can read our full BetOnline review here.

The Giants were cruising on their way to a 3-0 start, when Eli Manning’s interception sealed the Giants fate in week three. Manning is a two-time Super Bowl champion, he’s got the experience he needs to succeed, but he’s had problems with interceptions in the past. The Vikings’ offense is suspect for sure, but a championship caliber defense with no offense is still a championship caliber defense. This game will come down to the kickers. Expect a busy day for Blair Walsh as he kicks the Viking’s to a perfect 4-0 start.